When are we going to stop wasting our time? 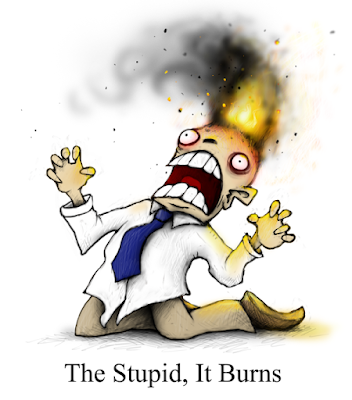 The S.O. and I made a classic mistake (for us) last night. We decided to watch Real Time with Bill Maher. Once again we found ourselves being relieved we don't actually pay for HBO -- the S.O. has become quite adept at figuring out how to stream stuff free that is supposedly only available by subscription so the only cost was to our time.

Maher really has crossed pretty far over the line into old-man-ranting-at-clouds-you-kids-get-off-my-lawn ridiculous geezer territory. Some of the shit that emerges from his mouth definitely falls into the totally out of touch moron category, some is flat out stupid, and some is. . . I don't know. Bizarre? I mean, one of the weirder things Maher did in his latest show was disagree with the idea that good comedy should punch up, not down. You know, have the balls to make people in power wince instead of attacking folks already being shit on by society. This was in reference to Dave Chappelle getting chastised for doing exactly that: punching down with transphobic jokes.

Of course, Maher himself is pretty transphobic. He's right there with the TERFs in saying that if you emerged into the world with a dick instead of a clit you can never be a "real" woman. He's jumped right on the right-wing bandwagon that is pushing for doing actual genital checks of female high school athletes to make sure the girls are really girls. Unreal. Why don't these concern trolls ever talk about doing similar checks in boys' locker rooms to make sure everyone claiming to be a dude actually has a penis? (Obvious answer: because the middle-aged male perverts who come up with these ideas have no interest in seeing dicks; they want an excuse to sexually abuse adolescent girls.)

And then there's Maher's pet obsession. The man really hates fat people. All the troubles in the world apparently can be blamed on obesity. He does say some remarkably dumb stuff when it comes to obesity, like saying there are no fat 90-year-olds. Obviously, he's never worked in a nursing home. Hoyer lifts exist for a reason. There are a lot of nurse aides out there who suffer from bad backs because they've had to work with incredibly hefty old people. If your genetics want you to pack on poundage, it's damn hard not to even when you've lost most control over what you're fed.

Sometimes the people on the panel can make up for the fact that Bill Maher is a shit. Some pretty smart and witty people are still willing to go on his show. Unfortunately, this latest episode wasn't one of those nights. Matt Taibbi used to fall into the smart and witty category but last night he just wanted to do his pet rant about internet censorship. Lis Smith, also a smart person, fell into the same trap of just wanting to rant about one thing. And then there was Maher, who for some reason seemed to view Pete Buttigieg* as endangering the Democratic Party's mid-term election chances by being too openly, happily normal while gay. So basically the audience got treated to three separate monologues. Taibbi would do a couple sentences on his pet theme, Smith would talk about abortion being on the ballot in November (which it isn't, at least not in a literal sense), and Maher would shout at clouds.

*Speaking of Buttigieg, he's changed his residency to Michigan. I am going to be vaguely hopeful that one of these days he'll run for either Governor or Senator. He's smart, he's personable, and he manages to tell unpleasant truths in a way that doesn't piss most people off. Senator Stabenow is 72 now and has been in the Senate for over 20 years; she needs to concede that she's earned a rocking chair and retire gracefully.

Email ThisBlogThis!Share to TwitterShare to FacebookShare to Pinterest
Labels: the stupid it burns